From the Times Free Press, Andy Sher reports on the debate in the Tennessee senate on a bill that would make workers who worked through a marketplace platform independent contractors. Andy writes:

The Tennessee Senate approved legislation Monday that declares workers promoted by companies such as TaskRabbit, which run online “marketplace platforms” connecting customers with handymen and other service providers, independent contractors and not employees, thus legally exempting the firms from a number of legal requirements.

Senators voted 25-3 for the legislation, which was sponsored by Sen. Bo Watson, R-Hixson.

“Tennessee has continued to be a leader within the business sector,” Watson told colleagues. “This bill continues that effort, keeping our laws up to date with the incredible growth of the gigabyte economy.”

Watson said current laws “were developed decades ago and they don’t meet the reality of how the workforce now operates and is changing.” The bill, he added, is intended to bring “clarity.”

“We are living in an age that in future generations will be looked back on and seen as transformational” for technology in much the way the industrial age was seen in terms of mechanical advancements, Watson said.

He cited examples including a maid service, saying someone “may rob or commit some criminal act in that home,” but the marketplace platform could not be sued. Moreover, Harris argued, traditional businesses facing online competition could be prompted to declare their employees as independent contractors.

It could also spur traditional companies to migrate online and make their current workers independent contractors in order to compete, The Journal cited Phillips as saying.

Yarbro said Monday the bill has no requirement the companies conduct background checks. He noted that is unlike the law Watson sponsored several years ago that enabled Uber and Lyft ride-hailing services to legally operate statewide. 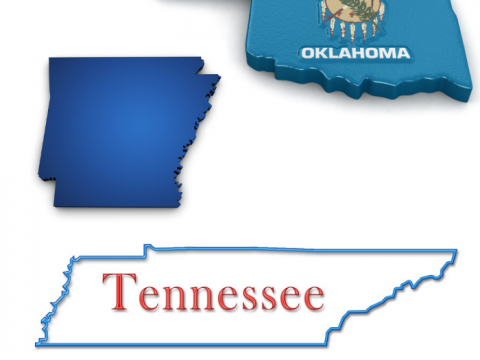