“A recent national survey found 34 percent of U.S. workers are freelancers. Social networking and the effects of the Great Recession have contributed to the shift away from traditional full-time work, especially for those younger than 35. Some experts say the Affordable Care Act will give the freelance economy a further bump with its access to benefits. 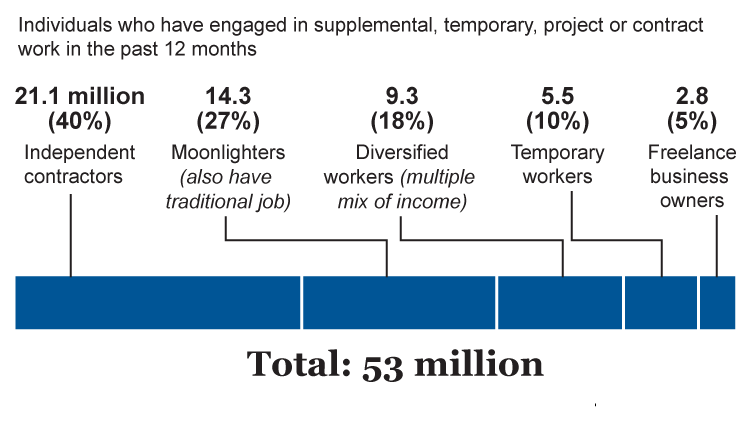 OF THOSE FREELANCERS SURVEYED …

See the original story at Freelancing by the numbers (infographic)