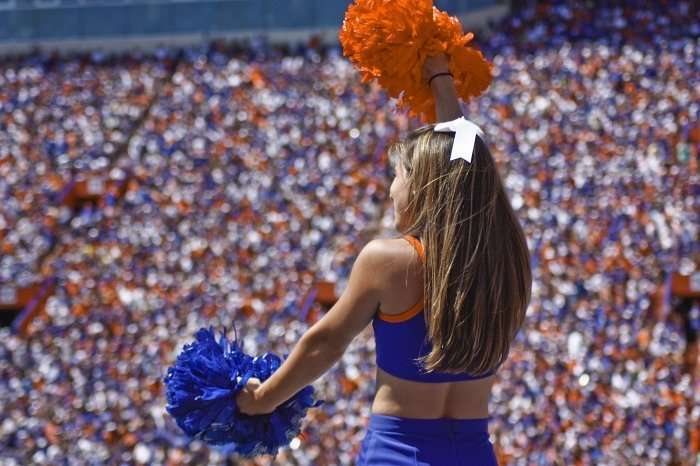 From JDSupra, Greg Mersol the case of the Buffalo Jills and their allegation that they were misclassified as independent contractors.  Greg writes:

The Buffalo Jills were the cheerleading squad at Buffalo Bills professional NFL games. For almost 30 years, they performed services at games and elsewhere through various contractors. They not only cheered for the team at football games, but also made public appearances, published an annual swimsuit calendar, and had other activities such as an “Ambassador Squad” to give more women the chance to participate and even junior cheerleader programs. In 1995, they briefly tried to organize.

In 2014 five of the cheerleaders brought suit in New York State court in Buffalo against the Bills and against the contractor that hired them, known by various names, including “Citadel Broadcasting.” We’ll call it “Citadel” for ease of reference. Jaclyn S. and Gina B. v. The National Football League, et al., Index No. 804088/2014 (Erie Co. N.Y. Supreme Court).  The crux of the complaint was that Citadel paid the cheerleaders $1800 per season, but that with mandatory public appearances, practices, game commitments, and such, they were effectively making less than minimum wage. They also contended that although they were technically working for Citadel, the Bills should also be liable as a joint employer. While the allegations of joint employment are relatively thin, as to employment status they painted a highly unflattering picture of life as a cheerleader working for Citalde and pointed to policies such as physical appearance requirements,  as well as quotas for selling calendars, having to pay for the cost of uniforms, and the like.

Regardless of the merits of the case, Citadel “suspended” operations, so that the Jills have not appeared now in three seasons.

The trial court denied an early motion to dismiss and then certified a class of former cheerleaders in 2016. On May 18, 2017 [link to case below], the court granted summary judgment for the cheerleaders on the issue of whether they were Citadel employees, but denied summary judgment as to whether the Bills team itself could be held liable as a joint employer. Unfortunately, the underlying decisions are very brief – little more than notations regarding the rulings. The underlying (and still very brief) referee decision notes that while the Bills had “been able to minimize their involvement” with the cheerleaders, the team’s own contract with Citadel had incorporated the cheerleader agreements. The referee also pointed to past efforts by the team to enforce indemnity provisions contained in the underlying independent contractor agreements.

It is not clear why an indemnity clause was relevant – such terms are common in independent contractor agreements and rare in employment agreements, but in any case the court found that at least a question of fact existed regarding the team’s status as a joint employer. The case will now proceed to trial.

Ironically, while the case has garnered publicity and has spawned at least some copycat litigation, the amounts at issue are not that great. It is a minimum wage case (the difference between what the cheerleaders were paid and the minimum wage), and the class is relatively finite. Further, because the facts turned on the requirements of Citadel, the contractor, the case may have limited application to other teams. And, of course, the lawsuit has resulted in the suspension of the cheerleading squad for at least three years and most likely longer (if not indefinitely).

The case has several takeaways. One is that it is an example of cases brought by lower paid workers in essentially the entertainment industry, following in the wake of the many internship cases filed in the last few years. NCAA athletes, too, have tried to litigate their status as employees. Second, it points out the difficult choices for those who use contractors that themselves hire employees or independent contractors – they can either stay out of the relationship entirely, and face risk for what the contractor does, or become more involved and risk being labeled a joint employers. Finally, for those using contractors, it highlights that they may become the preferred target – the media coverage in the Jills case frequently mentions the NFL or the team, but rarely names the contractor or specifies who was required to do what in that relationship. And, of course, it appears to be a case that will have no winners as the likely recovery will be small, the publicity has been unfavorable, the Jills have all but disbanded, and whatever opportunities participation may have created will be gone.