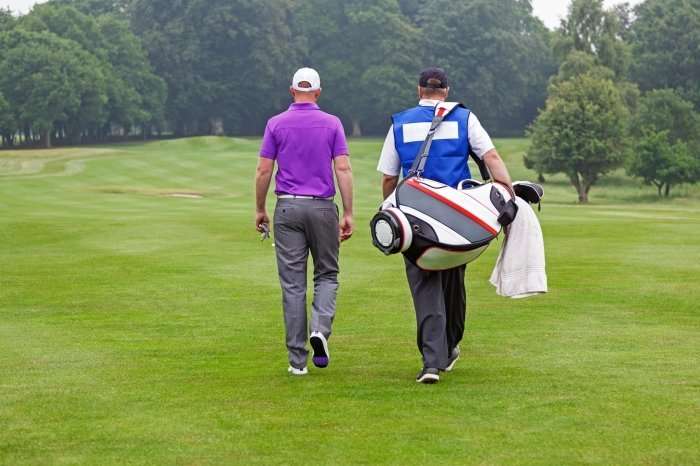 From Lexology, Thomas A Lenz and Cindy Strom Arellano offer recommendations for engaging with caddies to avoid claims that the caddies were misclassified.  They write:

A common and reoccurring problem that private clubs encounter is the proper classification of caddies and other club workers. Clubs often classify caddies as independent contractors when in actuality the relationship between the club and the caddie should be that of employer/employee. Since a worker classification determination is fact-specific, there are many pitfalls that clubs should keep in mind in making this determination.

Misclassification of caddies (or in fact any workers) can result in substantial liability for clubs. Such liability can arise in many ways, including through a claim by the caddie that he or she is entitled to benefits provided to the club’s employees, a wage and hour claim by the caddie, a union organizing campaign involving club employees, or through an assessment against the club following an audit by either a governmental agency or the club’s workers compensation carrier.

Classification Test With the increasing focus on worker classification issues, it is advisable for clubs to review their treatment of their caddies. As part of its review, club management should first become familiar with the IRS’s three-pronged worker classification test in which the IRS focuses on three main categories: behavioral control, financial control and the relationship between the parties.

With respect to behavioral control, the IRS will consider whether a club controls (or has the right to control) what the worker does and how he or she performs his job. If the club controls or has the right to control how the services are performed, the worker will most likely be considered to be a club employee. In looking at financial control, the IRS will look at whether the worker has a significant financial investment in his or her business accompanied by the opportunity to generate a profit or loss from the business. Finally, the IRS will consider whether there are written agreements in place between the club and the worker indicating intent as to the status of the worker, and how the club treats the worker with respect to its benefit plans.

The first prong of the IRS test, i.e., behavioral control, carries a significant amount of weight in the context of caddies, who do not generally have a significant financial investment or risk of loss in connection with their business activities.

The following are some “best practices” for a club to follow if it treats its caddies as independent contractors:

Cases that have found that an independent contractor relationship exists between a club and its caddies generally involve arrangements where the caddies are paid directly by members, set their own rates, receive no other compensation directly from the club, set their own schedule and work days and take their direction from the member as opposed to from the club.

Read the full story at Are you Properly Classifying your Caddie? Avoid Pitfalls in Caddie Misclassification