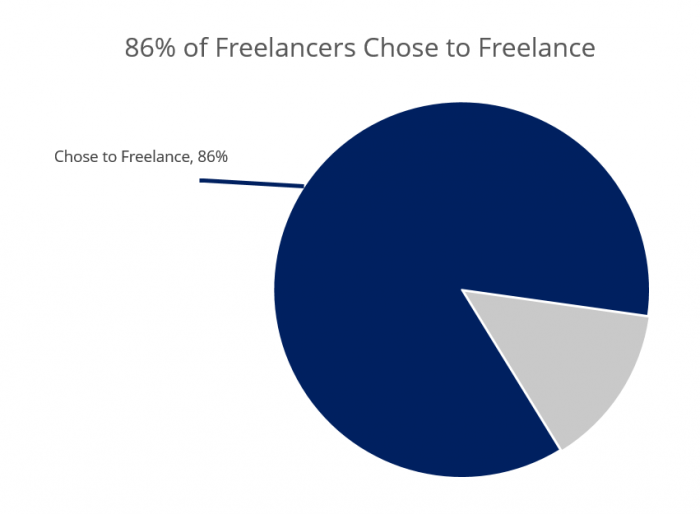 The Field Nation freelancer study found that 86% of freelancers intentionally opted to freelance, and 95% of freelancers have a positive view of what they do on a daily basis. Upon closer examination, the study revealed that many freelancers chose to freelance because of factors that enable career autonomy, like flexible hours, the freedom to choose work, and the ability to control their destiny.

Additionally, the study found that 94% of freelancers surveyed consider their contract work to be a regular, reliable part of their household income, which is complimentary to another finding which revealed that 72% of freelancers are making the same or more than they did before when they were traditionally employed.

Source: Study Finds That 86% Of Freelancers Chose To Freelance