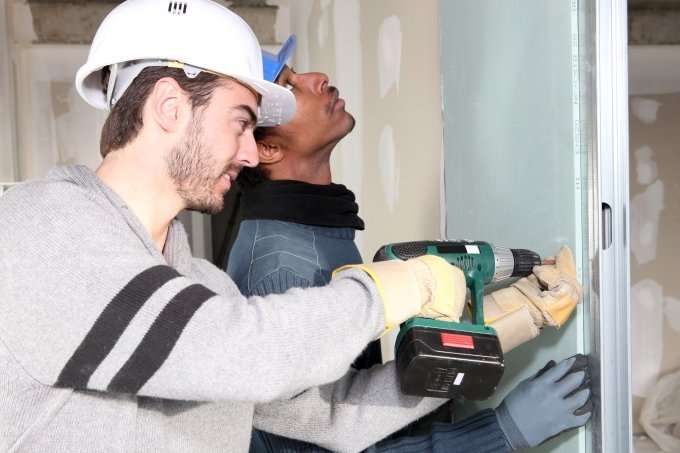 From the Omaha World-Herald, Christopher Burbach reports on allegations that drywall installers were misclassified as independent contractors.

About 75 laborers and community advocates demonstrated outside the Douglas County Courthouse on Tuesday to demand enforcement of the Nebraska Employment Classification Act.

Their spokesman, union representative Steven Mulcahy, said drywallers on a courthouse renovation job had been misclassified as independent contractors instead of employees.

That meant that the workers were denied overtime pay, and that their employers didn’t pay workers’ compensation or payroll taxes for them, said Mulcahy, of the North Central States Regional Council of Carpenters.

“Our goal is to get some enforcement, because without that, it’s not going to stop,” Mulcahy said. Contractors on the $15 million courthouse renovation could not be reached for comment Tuesday.