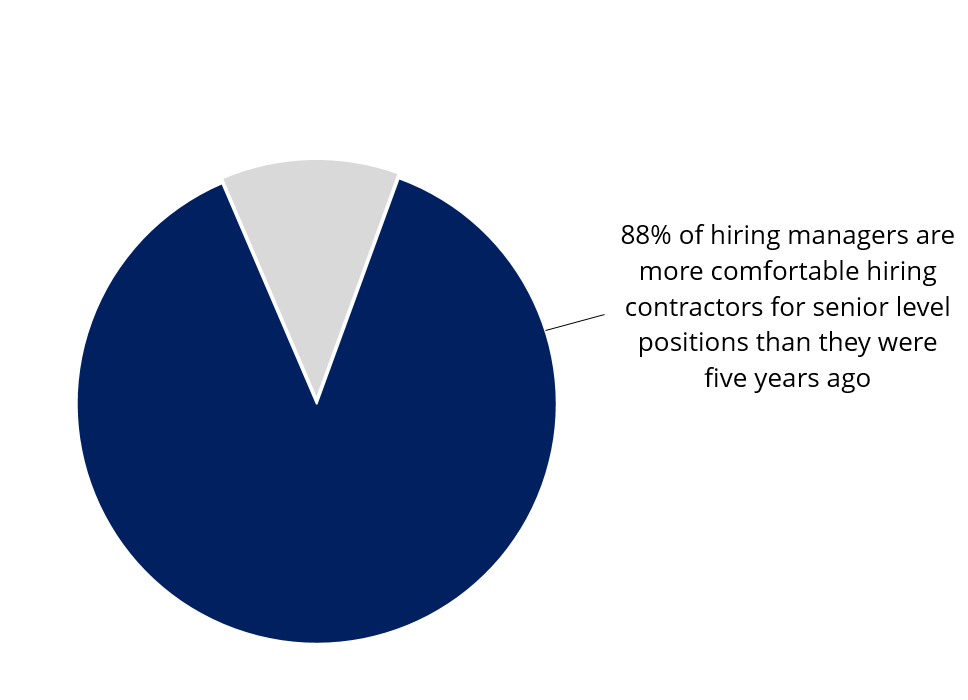 From Forbes, Elaine Pofeldt provides an other excellent article on some of the changes in the freelance economy.  In this piece, she discusses the possibility that your next boss might be a freelancer.  She writes:

Not very long ago, you had to be a permanent employee to be the boss at many companies. That’s changing dramatically, according to a new survey.

The survey by Addison Group, a staffing firm specializing in professional fields such as accounting, finance and IT, found that 88 percent of hiring managers are more comfortable hiring contractors for senior level positions than they were five years ago. Meanwhile, 58 percent of U.S. employees—and 65% of those ages 18 to 25—said they would be comfortable working under a temporary contractor.

Perhaps that is because most employees – 56%–could see themselves working in the gig economy. The percentage was lower for Baby Boomers, among whom 44% could envision freelancing, but that is not surprising, given that their generation grew up in the era where traditional jobs were the norm.

Read the full story at Will Your Next Boss Be A Freelancer? – Forbes