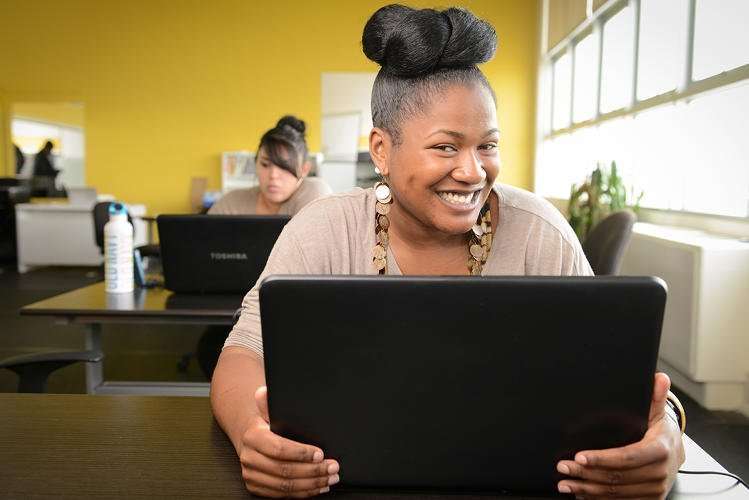 From Fast Company, Sarah Kessler discusses a terrific school which trains workers to take advantage of the gig economy.  While the discussion about whether the gig economy is a good thing or not continues, this school help train workers to find gig work to support themselves.  Sarah writes:

But for Samaschool, a nonprofit school with four locations in California and pilot locations in Arkansas, New York, and Kenya, the gig economy is not something on which to take a political stance. It is simply the best option many of its students have for work.

“The average student we work with is unemployed for 16 months prior to program,” says the school’s managing director, Tess Posner. “For them to take training that is months or years, they don’t have that time. For people who have been unemployed for a long time, these job opportunities provide a way to reconnect to the labor market in new, growing industries.”

Samaschool is one part of the Sama Group holding company, which started with a program in Kenya that connects marginalized people with digital work from companies like Microsoft, Google, and TripAdvisor. “The real catalyst [for starting a program in the U.S.] was actually from negative feedback that I got on our model from a guy in Ohio who said that we were ruining America by outsourcing American jobs to Kenya,” Leila Janah, its founder and CEO, recently told Fast Company. Classes in both Kenya and the U.S. now teach students digital literacy and in-demand skills like data entry and social media marketing.

Since setting up its first program in 2013, the school has graduated about 600 students. In August, it launched an online version of the course for which about 700 people have already enrolled.

Many of them, like Logan, have had trouble finding other employment. Some of them don’t have their own computers or Interent connections (Samaschool has an internship to fund devices). Others, like Zach Schultz, a 26-year-old college student, see gig work as the best option for other reasons.

Read the full story at At This School, The Gig Economy Offers A Way Out Of A Crappy Job Market