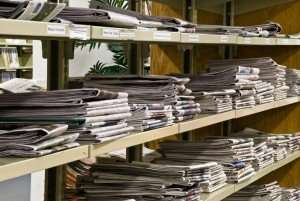 Allow us to be self-serving for a moment.

One little-known part of the newspaper publishing business is that the folks who deliver our product every morning aren’t employees. They’re independent contractors.

This is the way newspapers and carriers have operated for years. In many cases, these independent contractors have full-time jobs with other businesses. Some take on the contract to deliver the Times-News and other publications every morning to augment professional jobs, such as teaching. It’s an agreement that allows contractors to make extra money prior to going to their regular employment. Some are simply entrepreneurs out to make a living in a variety of ways.

For reasons known only to themselves, state lawmakers seem determined to take this away not only from newspapers, but from the independent contractors in need of extra money. It’s a change that also would create potential problems for customers of newspapers.

Once more, the independent contractor program at newspapers is under attack from the N.C. General Assembly. According to the North Carolina Press Association, a lobbying group for Tar Heel newspapers and TV stations, the state House — despite previous assurances to the contrary — will take a vote today on a revamped HB482 with recent modifications by the state Senate. This altered version restores provisions that would be harmful to the newspaper publishing industry. Earlier versions of this bill had removed those provisions.

In short, what the bill would do is eliminate the 12-year-old “special “presumption” that carriers are independent contractors, not employees. It would mean that publishers using their own carriers to deliver papers would be subjected to the state worker’s comp and unemployment tax.