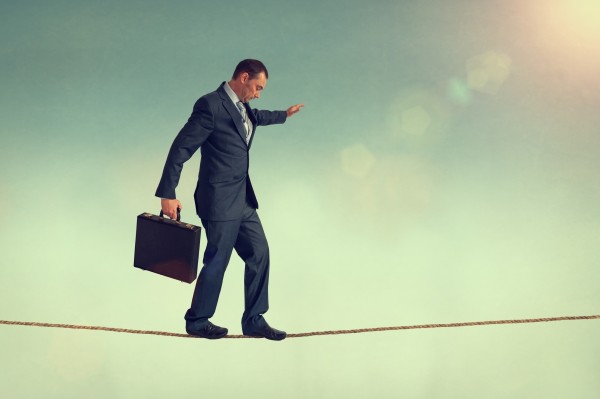 From Alternet, Robert Reich discusses the problems that stem from workers working irregular hours, even while independent contractors earn more than contract workers.  He proposes that whatever party pays more than half of a workers pay should be responsible for standard labor protections.  He writes:

Contract workers typically make around $18 an hour, comparable to what they earned as “employees.”

Uber and other ride-share drivers earn around $25 per hour, more than double what the typical taxi driver takes home.

The problem is workers don’t know when they’ll earn it. A downturn in demand, or sudden change in consumer needs, or a personal injury or sickness, can make it impossible to pay the bills.

So they have to take whatever they can get, now: ride-shares in mornings and evenings, temp jobs on weekdays, freelance projects on weekends, Mechanical Turk or TaskRabbit tasks in between.

Which partly explains why Americans are putting in such long work hours – longer than in any other advanced economy.

And why we’re so stressed. According to polls, almost a quarter of American workers worry they won’t be earning enough in the future. That’s up from 15 percent a decade ago.

Irregular hours can also take a mental toll. Studies show people who do irregular work for a decade suffer an average cognitive decline of 6.5 years relative people with regular hours.

Such uncertainty can be hard on families, too. Children of parents working unpredictable schedules or outside standard daytime working hours are likely to have lower cognitive skills and more behavioral problems, according to new research.

For all these reasons, the upsurge in uncertain work makes the old economic measures – unemployment and income – look far better than Americans actually feel.

It also renders irrelevant many labor protections such as the minimum wage, worker safety, family and medical leave, and overtime – because there’s no clear “employer.”

What to do?  Courts are overflowing with lawsuits over whether companies have misclassified “employees” as “independent contractors,” resulting in a profusion of criteria and definitions.

We should aim instead for simplicity: Whatever party – contractor, client, customer, agent, or intermediary – pays more than half of someone’s income, or provides more than half their working hours, should be responsible for all the labor protections and insurance an employee is entitled to….

Read the full story Robert Reich: In the New Economy, Workers Take on All the Risk

At first glance, this is an interesting idea.  Independent contractors typically have multiple clients and should not rely on any one party to pay more than half their pay .  Companies that have been accused of misclassifying workers frequently have workers working 40 or more hours per week.

Of course, the implementation of this idea may create administrative nightmares — parties would need to track how much their workers earned both from the party itself and other entities.

Nonetheless, Robert Reich offers a unique perspective and a fascinating solution that goes beyond the usual proposals for tweaking the language of the definition of an independent contractor.