From the Kansas City Star, Scott Canon reports that Kansas City taxis will be moving to a Uber/Lyft model after Kansas passed a law that makes it easier for transportation network companies to be licensed and operate.  Scott writes:

That Kansas City ordinance had been designed, amid much debate, to adapt to the app-driven business models used by Uber and Lyft. Those companies recruit vehicle owners to make themselves available to customers using smartphone apps to hail a ride.

The city wanted those businesses to operate under the same rules as traditional cab companies, including stringent background checks on drivers.

On Tuesday, the CEO of Kansas City’s dominant taxi business said that all but about 40 of the roughly 450 vehicles the company operates won’t bother with a city license come fall.

Instead, said Bill George, cabs that have operated under the Yellow Cab and 10/10  Taxi will be shifted to zTrip, a “transportation network company,” or TNC — subject to the same state licensing standards as fellow TNCs Uber and Lyft.

“We were ambivalent about the bill” that Greitens signed into law, George said. “But it gave us the flexibility we needed. … We’re always going to survive.” 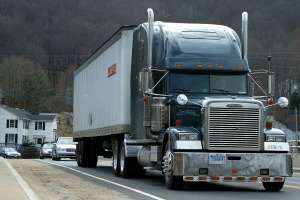