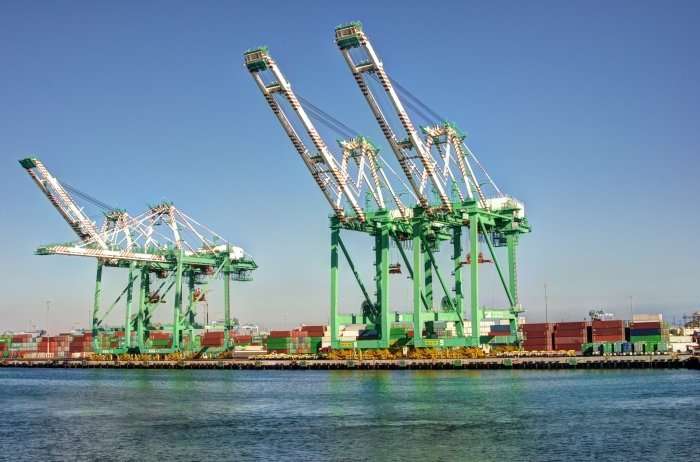 From the Daily Breeze, the City News Service reports that LA is considering requiring trucking trucking companies using the Port of Los Angeles to hire employees instead of independent contractors.

The Los Angeles City Council unanimously voted Tuesday to explore blocking companies that use truck drivers classified as independent contractors from doing business at the Port of Los Angeles.

Drivers at the port have complained for years that the practice is a scheme to deny them just compensation, and drivers and warehouse workers have engaged in 15 labor strikes in the last four years. The most recent strike in June involved several large companies that do transport business at the twin LA-Long Beach port complex.

“The illegal employment practices endured by 12,000 port truck drivers, and the poor working conditions faced by tens of thousands of warehouse workers who are the next link in the supply chain, has gone on for far too long,” said Randy Cammack, president of Teamsters Joint Council 42.

“More than a thousand claims for wage theft, 15 strikes in the last four years, and 3,500 drivers involved in lawsuits has yet to spur the change needed for these workers,” he said. “It is past time for the city of Los Angeles to stand up to greedy corporations that are breaking the law and exploiting workers on city property.”

Councilman Joe Buscaino, who represents San Pedro and was supportive of the strike in June, and Councilman Bob Blumenfield introduced a motion in October that led to Tuesday’s action.

“The city of Los Angeles must ensure that all workers who contribute to the operations at the Port of Los Angeles be afforded a safe work environment, fair wages, and guaranteed rights and benefits,” the motion states.

The motion outlines the issue of independent contractor drivers, and claims they are not afforded their basic benefits and protections as employees, such as receiving minimum wage and sick days. Drivers also assume the risk and responsibility associated with purchasing and maintaining new, low-emission trucks required at local ports, according to the motion.

The port made an effort to address the issue by incorporating an employee mandate into the 2008 Clean Truck Program that would have required companies to hire drivers instead of contracting with them, but it was struck down in the federal court system by a Ninth Circuit Court of Appeals ruling.