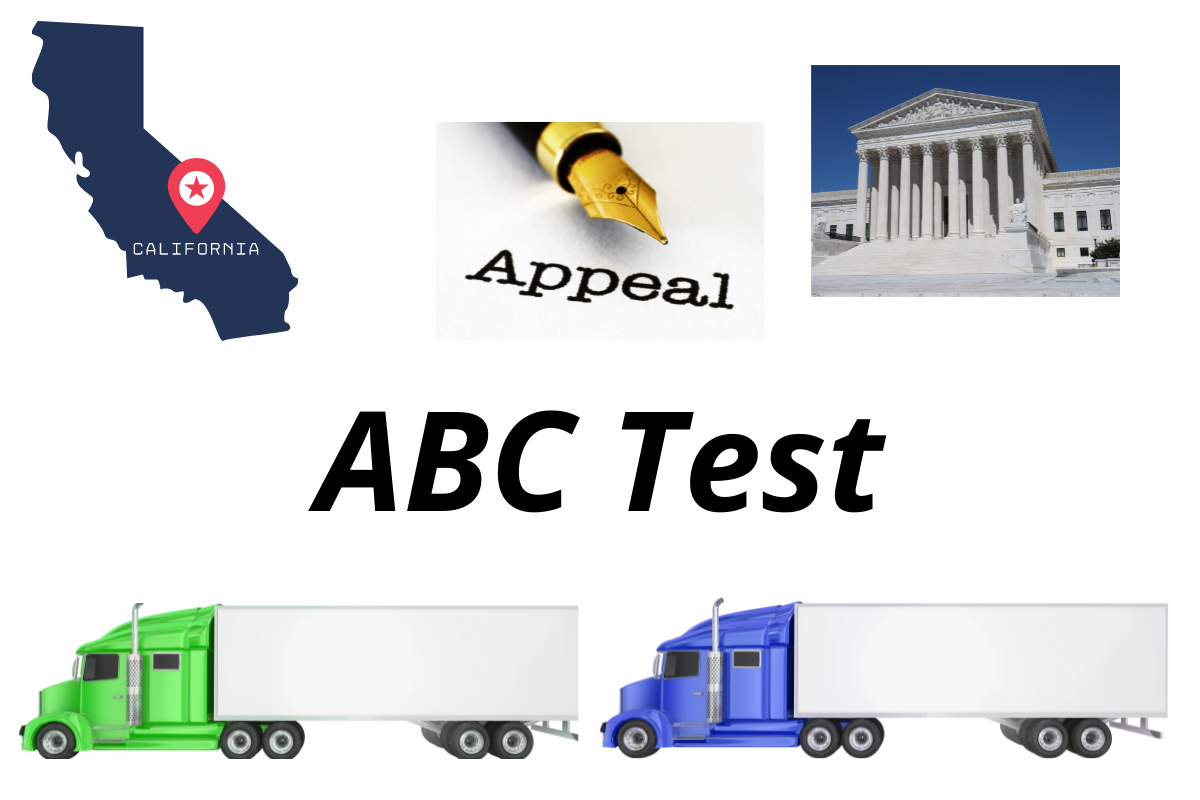 The Solicitor General of the United States filed a brief with the United States Supreme Court recommending that the Supreme Court does not hear the appeal of a case in which the Ninth U.S. Circuit Court of Appeals said that the the Federal Aviation Administration Authorization Act of 1994 (FAAAA) did not preempt California’s Assembly Bill 5 and Assembly Bill 2257, respectively. Cal. Labor Code § 2775 et seq.(“AB5”). California’s AB5 says that a worker is an employee unless the business can establishes

The California Trucking Association and others appealed a claimed that the FAAAA preempted AB5. The FAAAA states that “a State * * * may not enact or enforce a law, regulation, or other provision having the force and effect of law related to a price, route, or service of any motor carrier * * with respect to the transportation of property.” 49 U.S.C. 14501(c)(1). The FAAA doe s not preempt generally applicable statutes including labor laws. The Solicitor General relied, in part, on the business-to-business exception in AB5 that permits a business to engage with another bona fide business if certain requirements are met. The Solicitor General wrote:

The petition for a writ of certiorari should be denied. The court of appeals correctly determined that petitioners were unlikely to succeed on their claim that the FAAAA preempts applying the ABC test as codified under California law to owner-operators, and the court’s decision does not conflict with any decision of this Court. Although the circuits have reached differing outcomes with respect to FAAAA preemption of the ABC test as codified under the laws of various States, those case-specific decisions do not create a conflict warranting this Court’s review. Moreover, the interlocutory posture of this case and the need to resolve a threshold issue of state law—namely, whether motor carriers and owner-operators may fall within the business-to-business exemption under California law— make this case a poor vehicle in which to address the question presented. Further review is unwarranted.

It is likely that the Supreme Court will accept the Solicitor General’s recommendation and not hear the appeal.