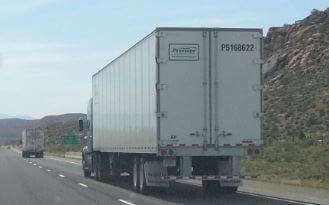 From PR Newswire, the California Department of Industrial Relations issued a press release announcing that a court said a truck driver was an employee and not an independent contractor.  The press release states:

“A Superior Court judge last week sided with the Labor Commissioner’s Office in finding that a Los Angeles trucking company misclassified an employee as an independent contractor. The court affirmed that Laca Express Inc. owes driver Ho Woo Lee $179,390 in back wages and expenses unlawfully deducted from his paycheck.

“The Labor Commissioner determines the employment status of an individual based on the facts of each case,” said Christine Baker, Director of the Department of Industrial Relations (DIR.) “This decision shows the laws are in place to ensure that workers are properly classified.” The Division of Labor Standards Enforcement, also called the Labor Commissioner’s Office, is a division of DIR.

In his December 2012 claim filed with the Los Angeles Labor Commissioner’s office, Lee said Laca Express unlawfully deducted $83,292 from his paycheck in violation of Labor Code section 221. Lee’s claim included more than $80,000 in weekly lease and insurance payments that were deducted from his paycheck for a truck that Laca repossessed after terminating Lee’s employment. The Labor Commissioner’s Office issued an Order, Decision or Award (ODA) in Lee’s favor for $161,205.

“Judge Klein’s ruling will go a long way toward making Mr. Lee whole for the unlawful behavior of Laca Express,” said Labor Commissioner Julie A. Su. “The judgment will also serve as a deterrent to wrongful misclassification of workers and other forms of wage theft.”…”