From the Ogletree Deakins Blog —

On October 14, 2014, the Supreme Court of the United States refused to consider a challenge to the Illinois Employee Classification Act, which classifies workers in the construction industry as employees unless they can meet the detailed requirements of the statute for independent contractor status. The Supreme Court denied the petition for writ of certiorari, meaning that the decision by the Illinois Supreme Court earlier this year will stand….

Many other states have similar independent contractor classification laws, and they have been sources of significant litigation. In Massachusetts, for instance, an even more stringent misclassification law applies to all employers (not just employers in the construction industry). It requires that workers be treated as employees unless they (1) are free from direction and control, (2) perform service outside of the usual area of business of the employer, and(3) are customarily engaged in an independently established business in the nature of the service performed.

The Effects of the Supreme Court’s Denial

Although the Supreme Court of the United States did not provide an explanation for declining to hear the appeal, its decision allows the Illinois Supreme Court’s ruling to stand, and the terms of the Act remain in full force. The Supreme Court’s decision not to address this Act could have an impact on already-increased misclassification litigation across the country. For Illinois employers, it confirms that they must be exceedingly careful in classifying individuals as independent contractors in the construction industry. And, it further serves as a reminder to all employers, even those outside of the construction industry in Illinois, to ensure that they properly classify workers in compliance with state misclassification laws, which remain a potent source of audit and litigation. 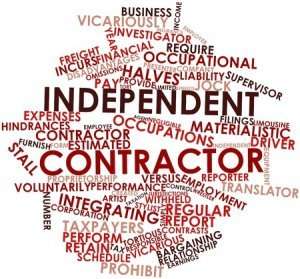