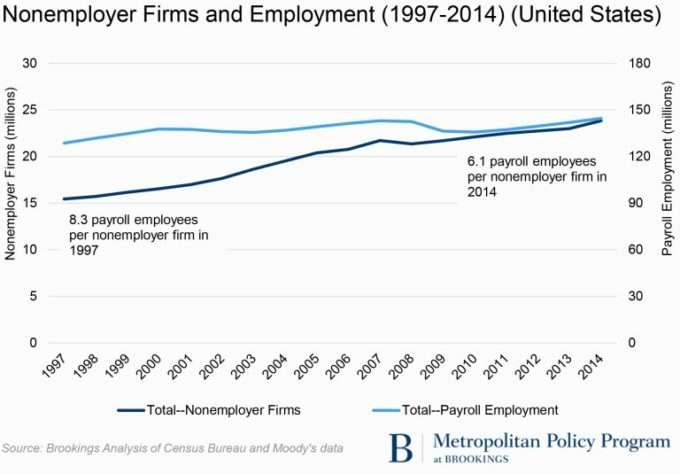 From Brookings, Ian Hathaway and Mark Muro discuss their research into the gig economy which shows it is significant and growing.  They write:

The gig economy, as reflected by nonemployer firms, is significant and growing fast. Overall, there has been a clear surge in nonemployer firms’ — a measure of contractor and freelance individuals — business activity in the last decade, which almost certainly reflects, at least in part, the rise of online platforms.

Online gigging in the rides and rooms industries is so far concentrated in large metropolitan areas. Gig economy activity is unevenly distributed in the rides and rooms industries. The spread of nonemployer firms between 2010 and 2014 occurred mostly in the largest metro areas. No less than 81 percent of the four-year net growth in nonemployer firms in the rides sector took place in the 25 largest metros, while 92 percent occurred in the largest 50 metros.