NFIB reports on a new bill in the Arizona legislature that would shift the burden from a company to the auditing agency.  NFIB reports:

Arizona business owners often face a difficult task in defining who is and is not an independent contractor. The rules are established by a variety of agencies, leaving businesses open to accusations of misclassifying workers. In the event of an audit, small businesses could be liable for fees and back taxes.

“The question is, if you’re a small businessperson and you want to follow the law and be sure you’re following the law, how do you do that?” says NFIB Arizona State Director Farrell Quinlan.

This Declaration of Independent Business Status (DIBS) helps shift the burden of proving classification to the auditing agency, rather than the business owner, through rebuttable presumption—which means that it is assumed an independent contractor relationship exists until the agency can prove otherwise.

“We believe that burden-shifting will protect the rights of small business employing units in terms of these audit investigations by various government agencies,” says Justin Niedzialek, an attorney with the Cavanagh Law Firm and a co-author of the bill.

Small business owners could choose to take advantage of the statute or not, and it would not be used against them in determining the type of relationship.

The bill also provides greater flexibility in tailoring a DIBS by providing a number of factors that can prove an independent contractor relationship exists, requiring that only six of ten factors can be met, making it more usable for different industries, Niedzialek says. 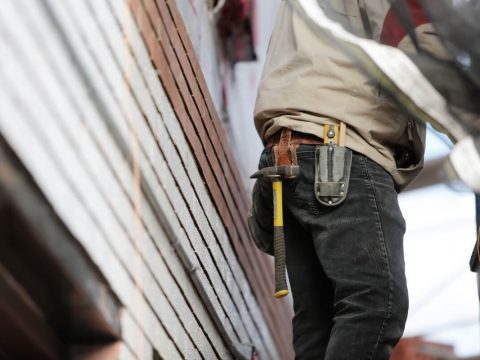