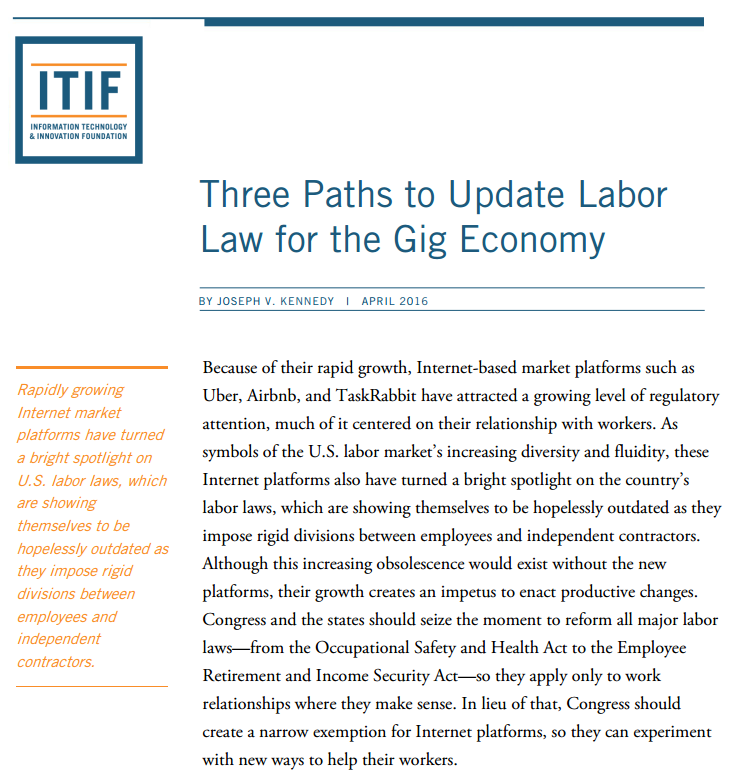 Staffing Industry Analysts reports that Joseph Kennedy, author of a report on independent contractors and the gig economy, recommends updating labor laws to adjust to changes in the economy.

Congress should modernize the distinction between full-time employees and independent contractors when it comes to the gig economy, according to an announcement by the Information Technology and Innovation Foundation, a technology think tank.

“The US labor market has diversified considerably in recent decades, and more workers now fall somewhere between full-time employees of a single company and freelance contractors serving their own set of customers,” said Joseph Kennedy, senior fellow at the foundation and author of a report on independent contract status and the Gig Economy.

“Although Internet platforms like Uber and TaskRabbit still represent only a small fraction of this intermediate market, their rapid growth has shined a bright light on the shortcomings of current labor law,” Kennedy said. “There is a clear need for Congress and the states to reform the country’s outdated law by either adapting it, fixing it, or suspending it.”