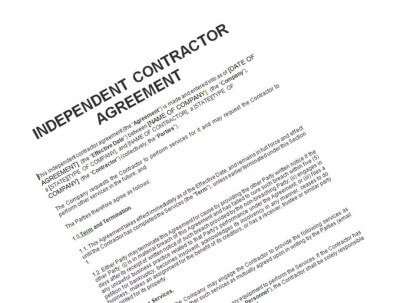 From Inc., Christopher S. Rugaber discusses the Labor Department’s guidance on the classification of workers as employees or independent contractors.  Christopher writes:

“The guidance was issued by the Labor Department’s wage and hour division, headed by David Weil. It doesn’t represent new regulation or have the force of law, but is intended to clarify how companies and courts should interpret the rules.

“We very much believe that misclassification is a problem that has been growing,” Weil said. “It undermines all the legitimate employers who are doing the right thing … but they are put at a competitive disadvantage.”

Yet attorneys that represent employers say the directive reflects a very broad interpretation of what constitutes an employee, and will likely encourage more lawsuits.

“It is an unapologetic effort to restrict the use of independent contractors,” said Richard Alfred, a partner at Seyfarth Shaw, a law firm that typically represents employers. The guidance “ignores many of the realities of the modern workplace, and different relationships that workers and businesses want to have.”

The issue has also emerged in the presidential campaign, after Hillary Clinton promised earlier this week to “crack down” on companies that wrongly classify workers as contractors. She praised the “gig economy” for “creating exciting opportunities” but also said it is “raising hard questions about workplace protections.”

The move comes as the department steps up its enforcement of classification rules. Last year, it forced companies to pay $79 million in back wages to 109,000 workers in the janitorial, temporary help, food services, day care and hotel industries.

The Economic Policy Institute, a liberal think-tank, estimates that 10 percent to 20 percent of employers misclassify at least one worker.

The department’s directive emphasizes that a worker who is “economically dependent” on the employer should be treated as an employee. By contrast, a worker must be in business for himself or herself to be an independent contractor.

That is a broader standard than guidelines followed by many states and the IRS, according to Michael Droke, an employment law partner at Dorsey and Whitney. They generally focus on how much control a company has over how a worker does the job.

The directive also says that an agreement between an employer and worker that designates the worker as an independent contractor “is not relevant” to the classification question.

That is an “extremely surprising” view, Alfred said. Such agreements should at least be considered, he added….”