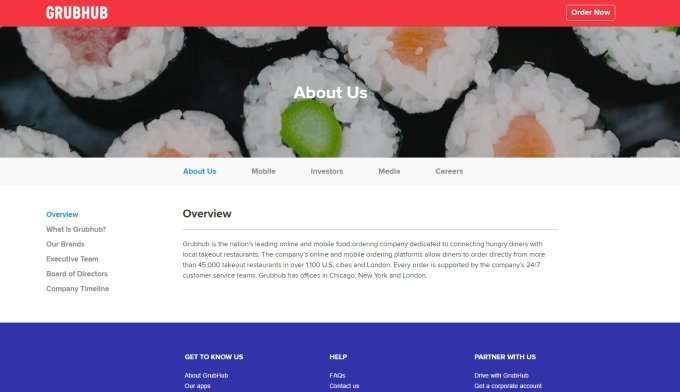 Liss-Riordan has pointed to incentives to keep acceptance rates high, a system where GrubHub employees can track drivers, supposed “ghost orders,” a scheduling system that makes it difficult to get desired shifts and priority scheduling — something GrubHub COO Stan Chia testified he’s not familiar with, but something former GrubHub driver care specialist Tj O’Shae and Lawson described in their testimonies.

In his testimony, Lawson spoke about the acceptance rate hustle and the effect of ghost orders.

“I wanted to keep my acceptance rate high and get the hourly rate,” Lawson said. “I also wanted to qualify for the weekly bonus and not get deactivated.”

He further explained that maintaining a high acceptance rate would make him eligible for the hourly rate, which he said at one point was $15 but later went down to $11. A perfect acceptance rate, according to Lawson, meant he and other drivers would be eligible for priority scheduling and qualify for a weekly bonus, which was an extra $2/hour up to 40 hours, he said.

Priority scheduling, if it exists, matters because Los Angeles, where Lawson drove for GrubHub, “was one of the most competitive markets for shifts that we had,” O’Shae said in her testimony. Drivers would describe the process to get shifts as a “mad scramble,” she added.

With these alleged ghost orders affecting the acceptance rate of drivers, Liss-Riordan believes GrubHub used “ghost orders” to keep drivers “on their toes,” she said. By allegedly keeping drivers on their toes, the drivers would in theory be more inclined to accept every order they received.

One of GrubHub’s mission’s in this trial is to prove delivery is not part of its core business and that its drivers were free to essentially do whatever they wanted — meaning they didn’t have to report to anyone. Both of those elements are factors in the Borello test.  According to Chia, delivery is not part of GrubHub’s core business and it never has been.

When GrubHub lawyer Theodore Boutrous, Jr. (pictured above) asked if GrubHub considers itself to be a “food delivery company,” Chia responded, “No, we do not.”

“It is still to be the premiere marketplace connecting diners with restaurants,” Chia said.

Chia spoke about the value of GrubHub as a marketing and discovery tool for restaurants, noting how GrubHub enables diners to discover restaurants they wouldn’t otherwise know about.

GrubHub began testing food delivery in 2014, ten years after it launched. In 2015, GrubHub officially started offering delivery as a service to restaurants that don’t have their own delivery services.

“It’s a service we built out at the request of restaurants,” Chia said.

GrubHub merged with Seamless in 2013 and last month announced its intent to buy Eat24. Both of those companies also offer on-demand delivery. Still, Chia said the company is focused on the marketplace aspect of the business and is “not proactively trying to grow” the delivery portion of the business.

Chia later spoke about GrubHub’s business in California, and how GrubHub only facilitates delivery in five of the 200+ markets in which it’s active. He said the delivery portion makes up a minority of GrubHub’s overall business.

In fact, he said “we lose money and we cannibalize our profits on the delivery portion of the business.”

In cross-examination, Liss-Riordan asked why GrubHub’s acquisition strategy seems to suggest it highly values on-demand delivery companies. Chia noted that Eat24 doesn’t facilitate deliveries, but rather relies on the restaurant to supply their own delivery people.

“I don’t know that I would say we’re doing any of this to grow a delivery business,” Chia said.

And while the majority of customers who order food through GrubHub have it delivered, Chia said, the majority of those delivery orders are handled by restaurants and their own staff. This is all to say that GrubHub itself does not handle much of the delivery process itself, but rather the facilitating of it.

In his testimony, Chia also spoke about how drivers like being independent contractors. In cross-examination, Liss-Riordan brought up a lawsuit in which more than 7,000 GrubHub drivers are saying they were improperly classified as 1099 contractors. She asked if Chia was aware of that, to which he said he was not personally aware of the number of claims.

“I’m aware broadly of lawsuits against us,” he said.