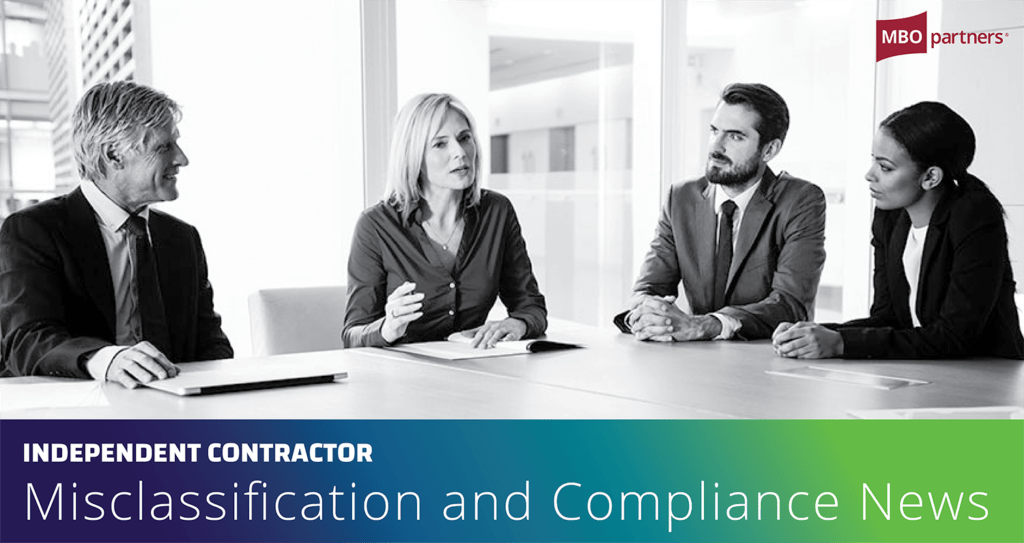 MBO Partners offers a list of the top 5 stories relating to independent contractors in 2020.

Here’s a look at five of the top stories.

AB5 took effect on January 1, 2020 amidst an outcry of complaints, criticisms, and lawsuits. Despite widespread criticism, AB5 has had a broad effect. AB5 created an exception from the ABC test for “bona fide business to business relationships” when a freelancer or independent contractor has formed a business entity and meets 12 other requirements.

It is important to note that AB2257 did not materially change the bona fide business-to-business exception under AB5, which is the exception that is available to independent contractors who don’t fit within the defined categories of AB5 or AB2257.

2. California Voted to Allow Uber and Lyft drivers to be Independent Contractors

In November 2020, California voters voted in favor of Proposition 22, a ballot measure that allows companies like Uber and Lyft to classify their workers as independent contractors. Despite a number of exceptions in AB5, drivers for Uber and Lyft were subject to the ABC test and classified as employees. Uber and Lyft worked to put a measure on the ballot that would allow app-based drivers to be classified as independent contractors. This measure became Proposition 22.

The passage of Proposition 22 does two things. First, and most immediately, app-based drivers (such Uber and Lyft drivers) can be classified as independent contractors. Second, the passage of Proposition 22 is support for independent professionals who want to work independently. As Miles Everson, CEO of MBO, noted, “This is not just about Uber and Lyft. It’s about people who want to build their own business. … High-end knowledge workers generating six figures should be happy about the decision.” With respect to the ABC test, Miles said “It won’t go away, but it will be revisited and looked at more closely.”

March 27, 2020, US Congress passed The Coronavirus Aid, Relief, and Economic Security Act, a $2 trillion economic stimulus package to provide liquidity for the American people and economy during the current pandemic.

The CARES Act contains provisions that provide benefits across all areas of the economy, including large and small businesses, individuals, state and local government, and our public systems, including healthcare and education. The $2 trillion bill is allocated to keep Americans on their feet and provide much-needed “liquidity,” or ready cash spend, in the near term.

Treasury Secretary Steve Mnuchin said the CARES Act would facilitate up to $4 trillion in financing for U.S. business by leveraged lending from the Federal Reserve, backstopped by Treasury funding, as well as by Treasury loans and loan guarantees. The CARES Act is a big part of the Treasury story, but the CARES Act on its own provides impressive further liquidity from a combination of spending, tax deferral, tax relief, and small business lending.