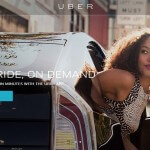 From JDSUPRA Business Advisor, John Rodgers of Bradley Arant Boult Cummings LLP writes about what can be gleaned from the recent decisions involving Uber and Lyft and their classification of workers as independent contractors.  He observes that both courts considered the existing test for independent contractors to be ill-fitted for classifying workers in a modern economy.  He writes:

“While Uber’s and Lyft’s business models are relatively new concepts, the California courts still applied the traditional, multi-part common law test used in most states—including Tennessee, Alabama, Mississippi, and North Carolina, with some variations—for determining whether an individual is an employee or an independent contractor. This multi-part test includes analyzing the following factors:

Both federal judges questioned whether this traditional test was past its prime, especially when compared to Uber’s and Lyft’s business models. “As should now be clear, the jury in this case will be handed a square peg and asked to choose between two round holes,” District Court Judge Vince Chhabria concluded in the Lyft decision. “The test the California courts have developed over the 20th Century for classifying workers isn’t very helpful in addressing this 21st Century problem.”

When analyzing the two decisions, the judges considered several factors that pointed both ways on whether the drivers were employees or independent contractors. As with most employee or independent contractor classification questions, the principal issue is whether the business has the right to control the individual’s manner and means for accomplishing the job. If the right to control exists, then this points toward an employment relationship…”