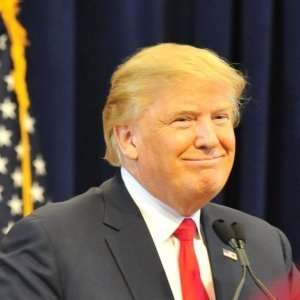 From Fast Company, Jared Lindzon explores what a Trump presidency will mean for freelancers.  Jared writes:

Now that Trump is set to become the 45th president of the U.S. this month, some believe that his victory may ultimately prove beneficial to the country’s 55 million freelance, contract, and contingent workers.

That’s because the president-elect campaigned on a number of policies that, if followed through on, could mean more job opportunities for freelance and contract workers. “They [the Trump administration] care about lower taxes, simpler tax codes, and a stronger economy,” says Matt Baker, the vice president of strategic planning for FreshBooks, an accounting software platform used by thousands of freelancers and independent workers. “If he and his administration can positively impact those three things, that’s going to be good news for [freelancers].”

A recent survey of over 100 CFOs and another 100 line managers commissioned by Work Market—an online marketplace for businesses to manage independent workers—found that the most significant barrier to hiring more freelancers is regulation, something President-elect Trump has promised to reduce.

The survey found that 40% of respondents expressed a fear of violating the Fair Labor Standards Act, 39% cited fear of worker misclassification, and 28% were afraid of not abiding by the rules set out in the Affordable Care Act.

Part of the regulatory restrictions placed on freelance employers may be purely economical. In 2014 the Obama administration claimed that cracking down on worker misclassification could generate an additional $7 billion in federal taxes over the following decade.

“Deregulation can mean less [worker] protection, no question,” says Leif Abraham, the CEO of And Co, a New York-based startup that provides administrative services to freelancers. “But the question is, in a general sense, what protections actually exist for freelance talent in the U.S.? I would say currently it’s already a pretty deregulated area. There aren’t many protections for freelance talent.”

No matter what the future holds for freelancers under president Trump, Abraham believes little will change in the first year of his administration, as freelance workers are fairly low on the priority list. Others believe they won’t be addressed at all in the next four years.

“I think Trump’s presidency will not have an effect on freelancers one way or another,” suggests Alli Manning, the senior manager of Contently’s creative network, which includes over 100,000 freelance professionals. “There’s so little regulation now that I actually don’t see it changing in any significant way for the individual freelancer themselves.”