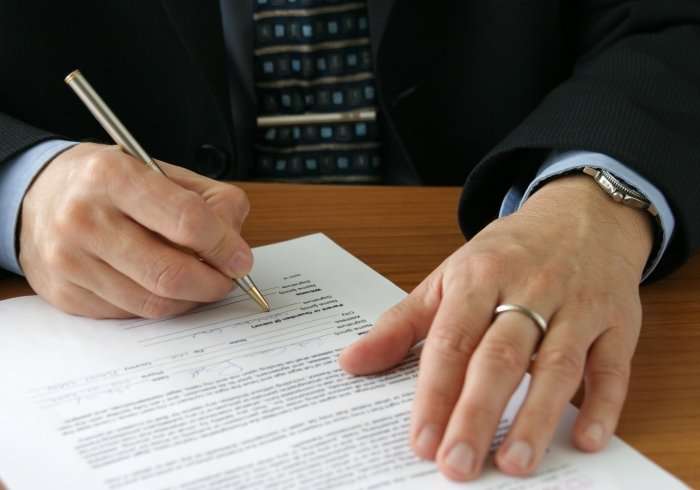 From JDSupra,  Gretchen Jewell discusses a recent case in which the 11th Circuit Court of Appeals upheld an arbitration agreement.  Gretchen writes:

When the plaintiff converted a prior KeyBank account to a joint account, he signed a signature card, which required him to attest to the following:

I understand that all accounts opened under this Plan are subject to the Deposit Account Agreement. I acknowledge receiving a copy of the agreement, and a written disclosure of . . . terms and disclosures relating to the account opened at the time this Plan was signed.

The “Deposit Account Agreement” that was incorporated by reference contained an arbitration provision. It also preserved KeyBank’s right to make changes to the terms of the agreement after providing appropriate notice. The plaintiff argued he did not receive a copy of the Deposit Account Agreement when he signed the signature card and therefore did not bind himself to the arbitration agreement. In the alternative, the plaintiff challenged the arbitration agreement as unconscionable. The court ruled in favor of KeyBank on both arguments.

The court found the “subject to” language contained within the signature card to be sufficient to incorporate the Agreement by reference, along with its arbitration provision. In so holding, the court rejected the plaintiff’s claim that he had not been given a copy of the Deposit Account Agreement, both on the facts of the case (the plaintiff claimed not to remember crucial details about the execution of the signature card) and as a matter of law. To the latter point, the court held that “if we permitted [the plaintiff] to evade the commitment to arbitrate by claiming he did not investigate the terms to which his new account was subject before signing the 2001 Signature Card, few deposit agreements would ever be enforceable.” (Slip op. at 19).

The procedural unconscionability argument was considered as to both the Deposit Account Agreement and its 2004 amendment. The court held the original Agreement was not procedurally unconscionable because the plaintiff had an opportunity to inform himself of the Agreement’s terms and review the Agreement beforehand. The court held KeyBank’s exercise of its right to change the terms of the Agreement in the 2004 amendment was not procedurally unconscionable because KeyBank provided the plaintiff with notice of the amendment and an opportunity to opt out of the revised arbitration agreement. Notice was provided in an informational sheet and pamphlet enclosed with the plaintiff’s June 2004 account statement. The court found the notice and amendment’s use of both bold and capitalized text to announce the amendment sufficient to alert a customer to its importance. The court also relied on the fact that the amendment itself was not buried in voluminous documentation or fine print.

The opinion next addressed the plaintiff’s substantive unconscionability argument, which attacked five aspects of the arbitration agreement itself, specifically the agreement’s provisions relating to sharing of arbitration costs, that each party bears its own attorneys’ fees (unless the arbitrator found grounds for fee shifting), discovery, the right to arbitrate and confidentiality. The court found only one provision of the arbitration agreement unconscionable: the confidentiality provision. This provision required both parties to “keep confidential any decision of an arbitrator.” The court severed the provision, fearing it might discourage consumers from pursuing valid claims due to a lack of context to assess their value and likelihood of success. The court, however, upheld the remaining four arbitration provisions, including KeyBank’s power to unilaterally amend the Agreement. The court relied on the fact that KeyBank’s commitment to arbitrate is fixed and the right to amend the terms is limited by both the requirement to provide appropriate notice and the implied duty of good faith and fair dealing.