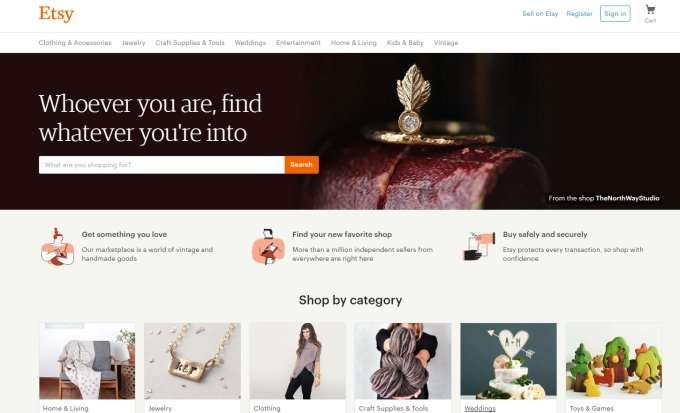 Etsy sellers are self-employed, running their own “craft shop” on the online bazaar that is Etsy. In an effort to advocate for these sellers, Etsy published a white paper on Tuesday titled Economic Security for the Gig Economy: A Social Safety Net that Works for Everyone Who Works. Besides encouraging changes to the Earned Income Tax Credit to provide a guaranteed minimum income floor, the white paper calls for three major changes to the current system employees utilize for paying taxes and saving for medical benefits and retirement.

First, Etsy suggests that the government creates and runs a new “Flex Portal,” which would allow workers to avail themselves of existing programs like flexible health and commuter spending accounts. A benefit of having a flex account would be that gig workers would not need to transfer retirement or health flex spending accounts each time they changed jobs or worked several “gigs” in one year — a common reality for most gig workers.

Second, Etsy suggests creating legislation that would require companies to withhold taxes if a self-employed worker asks them to do so.

Finally, Etsy urges for a rule that would let gig workers ask companies to withhold additional money and put it into the Flex Portal for retirement or benefits purposes.  These suggestions help with common problems experienced by gig workers, such as income fluctuations and lack of affordable benefit packages.