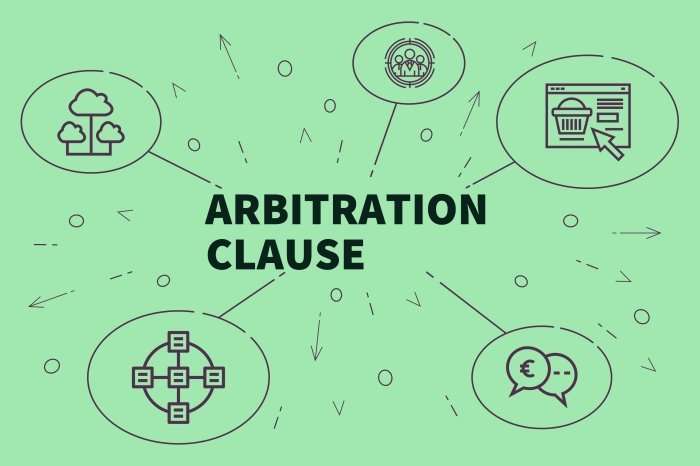 From Lexology, Peter J. Gallagher reports on a recent case in which a part that drafted an arbitration clause was not able to have a court determine that it was unenforceable. Peter writes:

Most cases involving commercial contracts and arbitration provisions follow a similar pattern. They generally involve consumers arguing that they cannot be bound by arbitration clauses found in the fine print of boilerplate contracts that they had no ability to negotiate. But Shah v. T & J Builders, LLC turns this scenario on its head. In Shah, plaintiffs, the consumers, drafted the contract that contained the arbitration clause but later argued that it was unenforceable. To make matters worse (or at least more unusual), plaintiffs took this position after participating in an arbitration proceeding with defendant for two years. Not surprisingly, plaintiffs efforts to have their own arbitration clause deemed unenforceable were unsuccessful.

In Shah, plaintiffs hired defendant to build an extension on their home. The contract, which was “heavily negotiated between the parties,” albeit without counsel, was drafted by plaintiffs. It contained an arbitration clause that required the parties to arbitrate “any dispute [ ] relative to the performance of [the] contract that [they could not] satisfactorily resolve.” After one such dispute arose, plaintiffs terminated the contract and defendant filed an arbitration demand. Plaintiffs answered the demand and filed a counterclaim, alleging breach of contract and violations of New Jersey Consumer Fraud Act. Nowhere in their answer or counterclaim did plaintiffs address, much less challenge, the arbitration clause.

The parties, through counsel, then pursued their claims in arbitration for almost two years, exchanging discovery and expert reports, participating in a site inspection, and participating in several conferences with the arbitrator. Two weeks before the scheduled arbitration date, the parties submitted their pre-arbitration briefs. This is where the fun began.

In its pre-arbitration brief, defendant argued for the first time that plaintiffs’ Consumer Fraud Act claim was not properly part of the arbitration and should be rejected. It argued that the arbitration clause did not refer to statutory claims, therefore defendant could not be compelled to arbitrate those claims. (If you think this is a silly argument because an arbitration clause that refers to “all claims” must obviously include statutory claims, you would be wrong, at least in New Jersey.) Defendant argued that plaintiffs had to file their Consumer Fraud Act claim in court.

Plaintiffs opposed the motion. They argued that the agreement was clear and that “parties to an agreement may waive statutory remedies in favor of arbitration.” In support of the latter, plaintiffs cited the Appellate Division’s decision in Atalese v. United States Legal Services Group, L.P.

In the words of the Appellate Division, “[t]hat was how matters stood until the evening before the hearing when the arbitrator sent counsel a copy of the Supreme Court’s opinion in Atalese,” which reversed the Appellate Division and explicitly held that “the absence of any language in the arbitration provision that plaintiff was waiving her statutory right to seek relief in a court of law rendered the arbitration provision [ ] unenforceable.” The arbitrator asked counsel to review this case.

Plaintiffs then filed a complaint in the Law Division that was identical to the counterclaims they filed in arbitration. Defendant moved to dismiss and compel arbitration. The trial court granted the motion. It held that, regardless of whether plaintiffs’ Consumer Fraud Act claim could, theoretically, be arbitrated, plaintiffs had waived the right to litigate that claim by bringing it as part of the arbitration and participating in the arbitration for more than two years. The trial court acknowledged “the result of the motion might not have been the same if made almost three years earlier when defendant filed its demand for arbitration,” but “plaintiffs’ participation in the arbitration proceeding in the interim precluded a ‘do-over’ in the Law Division.” Plaintiffs appealed.

The Appellate Division affirmed. It held that “the case [was] easily resolved by resort to basic contract principles.” While the Appellate Division acknowledged that arbitration was a “favored remedy,” when analyzing an arbitration provision in a contract, a court’s “focus is always on whether the agreement to arbitrate was the product of mutual asset, the so-called ‘meeting of the minds.'” In Shah, both parties’ actions — filing claims and counterclaims in arbitration, exchanging discovery and expert reports in the arbitration, participating in a site inspection as part of the arbitration, and appearing for the first day of the arbitration hearing — were “all powerful indicators that [they] understood and agreed that all claims between them, including the Consumer Fraud Act claims, were subject to arbitration in accordance with their agreement.” And “neither party gave any indication otherwise until just before the scheduled arbitration hearing when their counsel engaged in the procedural maneuvering giving rise to [the] appeal.” Having both agreed to arbitrate their claims, and having participated in the arbitration of those claims, the parties could not change their minds and try to litigate any of those claims in court. Therefore, the Appellate Division affirmed the trial court and sent the parties back to arbitration.