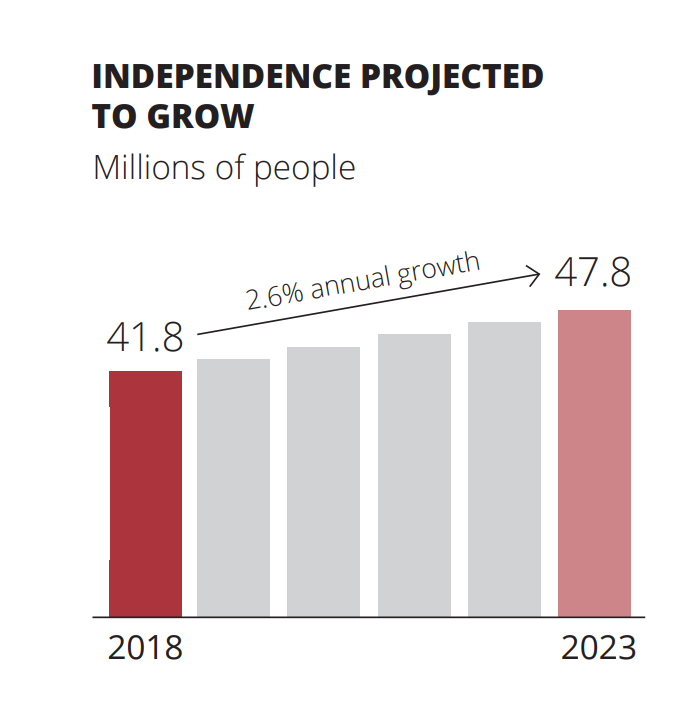 The US independent workforce — which includes consultants, freelancers, contractors, temporary and on-call workers — will rise to 47.8 million over the next five years, representing a 2.6% annual growth rate, according to MBO Partners’ new “2018 State of Independence in America report.”

It also found that the total number of independent workers rose 2.2% this year to 41.8 million compared to last year. However, last month, the US Bureau of Labor Statistics released a study of the contingent workforce, but its results differed from those of several other surveys conducted by various organizations.

In the MBO report, independent workers generated roughly $1.3 trillion of revenue in 2017. One in five full-time independents are “high-earning independents” who make more than $100,000.

Read the full story at  US independent workforce rises 2.2% this year to 41.8 million: MBO Partners