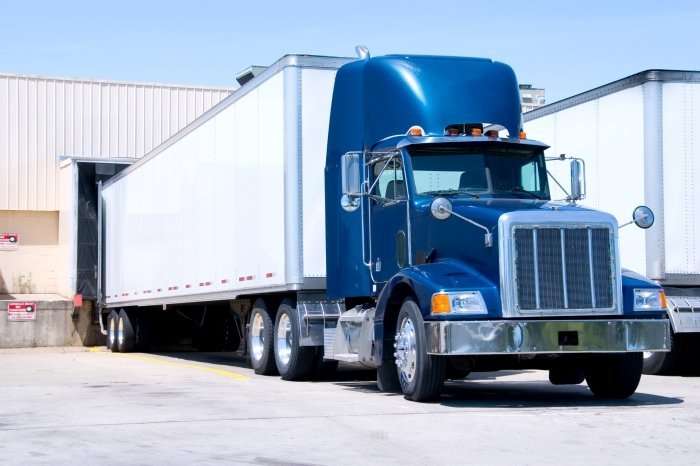 From JDSupra, John Lewis discusses a complicated decision on the applicability of the Federal Arbitration Act (FAA) and independent contractor agreements for transportation workers.  These are the key aspects of the case.

In Oliveira v. New Prime, Inc., No. 15-2364 (May 12, 2017), the U.S. Court of Appeals for the First Circuit confronted two arbitration-related questions of first impression in that Circuit.  In the case, Dominic Oliveira had signed an Independent Contractor Operating Agreement with New Prime, Inc., which contained an arbitration provision governed by the Commercial Arbitration Rules of the American Arbitration Association.  Believing he was underpaid as an independent contractor, Oliveira stopped driving but later was rehired by the same entity as a company driver.  Oliveira contends that his job duties as a company driver and an independent contractor were “substantially identical.”

Oliveira eventually filed a class action against the Company based upon the Fair Labor Standards Act (FLSA) and the Missouri minimum-wage statute for failing to pay drivers the minimum wage.  He also brought a class claim for breach of contract or unjust enrichment and an individual claim under Maine’s labor statutes.  The Company moved, in part, to compel arbitration under the Federal Arbitration Act (FAA).  The district court denied the motion to compel, concluding that the application of Section 1 of the FAA, exempting contracts of employment of transportation workers from the operation of the statute, was for the court not an arbitrator.  But, the court found that discovery was needed to determine if Oliveira was an employee or an independent contractor before the court could determine whether the contract was covered by Section 1.  Hence, the district court denied the motion to compel without prejudice and the Company appealed.

The appeal first presented the question of when ruling on a motion to compel arbitration under the FAA where the parties have delegated questions of arbitrability to the arbitrator, must the court decide the application of the FAA or grant the motion and let the arbitrator decide?  The First Circuit, in an opinion authored by Circuit Judge O. Rogeriee Thompson, held that the application of the FAA is a threshold question (or an “antecedent determination”) for the court, not a question of arbitrability.

Second, the appellate court had to resolve whether Section 1 of the FAA, exempting contracts of transportation workers, applies to a transportation-related agreement that nominally creates an independent-contractor relationship.  The court answered this second question by finding that Section 1 applied to the relationship and affirmed the district court’s order denying the motion to compel arbitration.

As to the first question, the court reasoned that whether Section 1 was applicable did not require an analysis of the parties’ agreement to submit a dispute to arbitration but instead raised the separate issue of the district court’s authority to act under the FAA.  The First Circuit was unpersuaded by the Eighth Circuit decision in Green v. SuperShuttle International, Inc., 653 F.3d 766, 769 (8th Cir. 2011), which found that whether the Section 1 exemption applied was a question of arbitrability for the arbitrator when the parties delegated such questions to the arbitrator.

In resolving the second question, the Court looked to the text of the FAA in its historic context as its point of departure.  It concluded:

. . . the combination of the ordinary meaning of the phrase “contracts of employment” and [the Company’s] concession that Oliveira is a transportation worker compels the conclusion that the contract in this case is excluded from the FAA’s reach.  Because the contract is an agreement to perform work of a transportation worker, it is exempt from the FAA.  We therefore decline to follow the lead of those courts that have simply assumed that contracts that establish or purport to establish independent-contractor relationships are not “contracts of employment” within the meaning of § 1.

The court was also unmoved by the language in Circuit City Stores, Inc. v. Adams, 532 U.S. 105, 118 (2001) which advised that the Section 1 exemptions should “be afforded a narrow construction,” finding its context made it distinguishable.  Nor was the Court persuaded by arguments based on the strong federal policy favoring arbitration, which in its view did not trump the statute’s plain text.  Ultimately, the appellate court found the exemption applied to independent contractor agreements:

. . . a careful examination of the ordinary meaning of the phrase “contracts of employment” . . . supports our conclusion that the phrase means agreement to perform work and includes independent-contractor agreements.  The federal policy favoring arbitration cannot erase this plain meaning.

Given the impact of this Court’s historically-based “plain meaning” construction, future litigation over this issue seems inevitable.  And, as Judge Paul J. Barbadoro recognized in his concurring and dissenting opinion:  “Not only do we face a hard question – given that the contemporary meaning of § 1’s language may differ from its meaning when adopted – but we do so without the aid of a well-developed district court record.”